Apologies for my lack of updates over the last few months.  I have not been shooting much at all.  I have shot a few images, and published some older images which were worth a visit.

In the mean time, here is a new image from a mid-year shoot.

A view of Tančící Dům (the Dancing House) in Prague, at twilight. 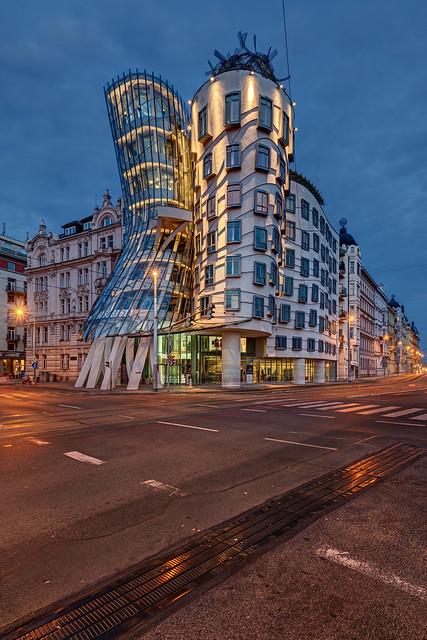 This is a slightly different composition to my earlier image of this unique building.

Here, more of the intersecting roads can be seen, and despite outward appearances, it is not as deserted as it looks.

It was a matter of timing to avoid cars and trams; but a careful look will reveal the streak of a car’s tail lights as the vehicle passed through my frame.

It is hard to believe, but it has been over a month since our trip to Prague.

While it was a short European getaway for only a few days, photographically, it was very productive and rewarding, and I certainly landed a few pleasing images in that short time.

Life has been quite busy since then, and I have unfortunately neglected to post about some of my images; so, below are the two images I captured on our first twilight in Prague. 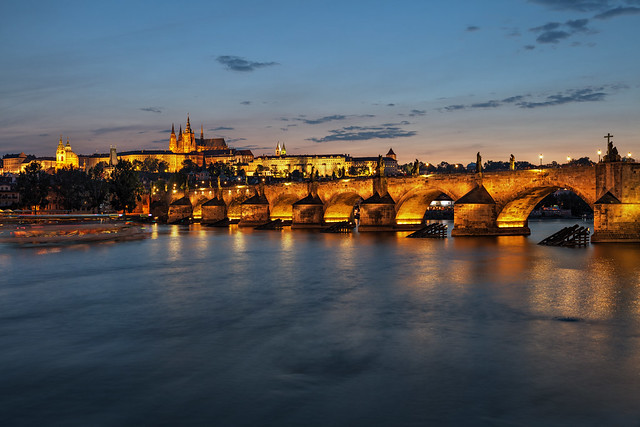 From a photographer’s viewpoint, no trip to Prague would be complete without capturing an image of the iconic Charles Bridge at night.

The Charles Bridge (Karlův most) is a bridge in gothic architectural style, which was named after the esteemed King Charles IV.  It runs across the Vlatva from the Old Town to the Lesser Town, and is major route to Prague Castle up on the hill, adjacent to St Vitus Cathedral.

In summer, during the day, and indeed for much of the night, Charles Bridge is crammed with tourists and street merchants selling all manner of souvenirs.

Here is a view along Charles Bridge towards the Lesser Town on the other side, and Prague Castle and St Vitus Cathedral in the distance. 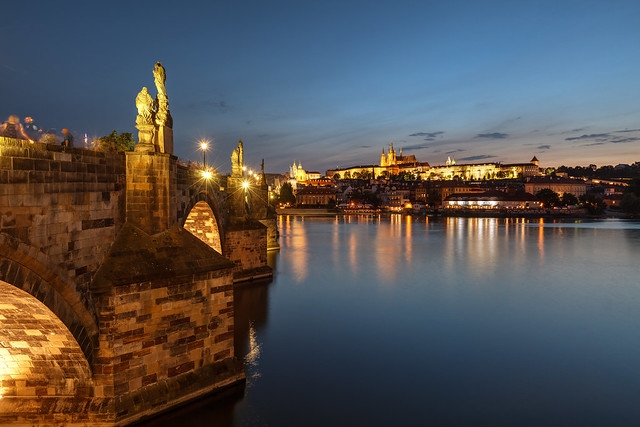 We had encountered this location earlier during the day on a four-hour walking tour of Prague, and I decided that it would be a good location for a shoot at twilight.

Despite the hoardes of tourists in the area, this easily accessible spot allows for a fairly uninterrupted view along the north side of Charles Bridge, plus the still reflections of the shoreline on the Vlatva.

Prague‘s famous Dancing House was one of sights I wanted to see and photograph.

I planned to photograph the Dancing House on our last night in Prague, so we headed 1.2km south of our hotel, where I positioned myself for the image I wanted, once the light was right.

Here is the image I sought out to capture: 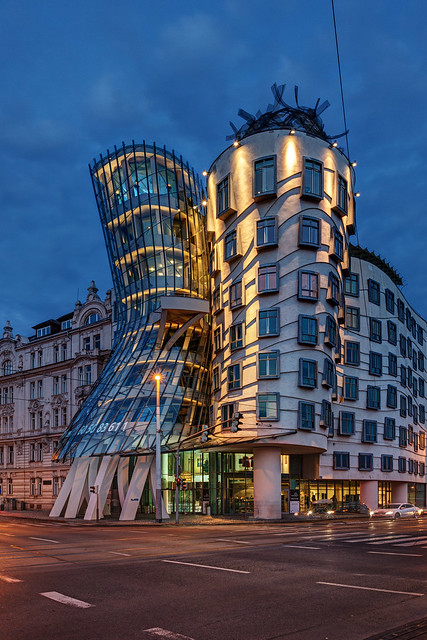 This unusual, modern building starkly contrasts with the surrounding architecture, and certainly makes for an interesting image.

I am pleased that I had the chance to both see and photograph the Dancing House in ideal blue hour light.