The view of Sydney‘s skyline from the western side of Darling Harbour is always a beautiful spectacle as the evening twilight descends.

I have photographed it before, and I will photograph it again.

This time, I captured a view of that same skyline from the south-western corner of Cockle Bay, right outside the new International Convention Centre. 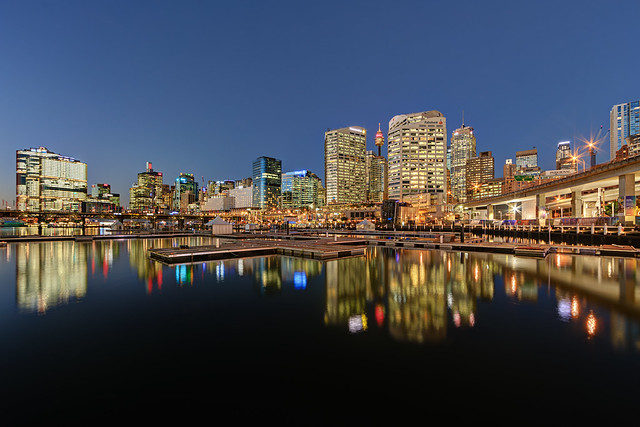 The angle is different to what I have captured before, and now depicts the completed skyscrapers at Barangaroo to the far left of the frame.

This place is always a pleasure to visit and photograph.

During the week, I had the unusual opportunity to shoot a twilight cityscape.

It is not something I tend to do very often, but circumstance created the opportunity, which I seized, including a visit to a few of the big city camera stores.

I figured we would afterwards head over to Darling Harbour for some dinner, followed by a twilight cityscape in the area.

The image I had in mind was one I had shot before, but I did not mind re-visiting it, particularly with my new Canon EF 14mm f/2.8L II USM lens, which I was itching to use again after the previous week’s photoshoot in the city.

Here is the image I captured on this most recent outing: 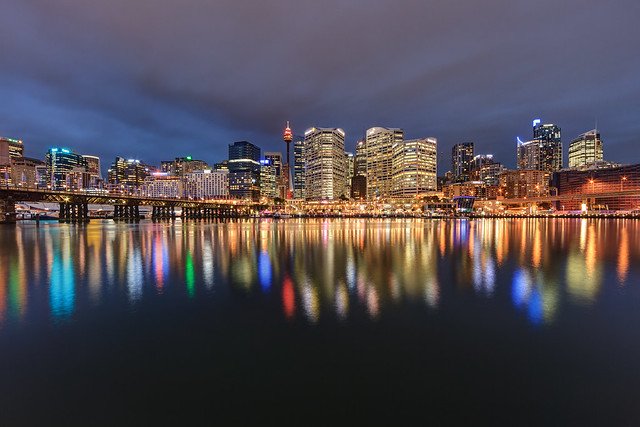 Summer Night in the City

Whilst having dinner very close to this scene earlier in the night, I recalled shooting a summer twilight in the same area some years ago.  As it turned out, it was on the exact day (the 19th of January) in 2011 on which I shot a similar image.

This was the image I captured six years earlier: 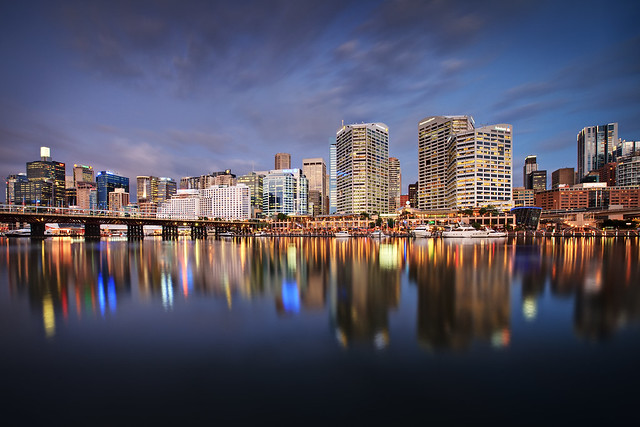 It was not my intention to shoot the same scene (the composition, angle and position are somewhat different), and nor did I realise at first that the date was the same date I last shot this scene.

Sometimes strange co-incidences happen, and this was one of them.

Otherwise, it was nice to be out shooting again, particularly as I can go for months without picking up a camera.  Having a new lens certainly acts as a motivator, and I will endeavour this year to get out and about far more than I have done over the past several years.