We have just booked what will be our third overseas trip in the space of eight months.

We are heading back to Israel for a wedding, but we have also decided to spend four or five days in London beforehand.

It has been nearly 13 years since I was last in Old London Town, and since we are going to be in the neighbourhood (sort of), it makes a lot of sense to see one of my favourite cities again, especially since we are not expecting to be in that part of the world again any time soon after this latest trip.

Naturally, photography will be a big part of the trip — at least, the London part of it.  I will be pursuing some of the cliché images, such as the Westminster and Tower Bridges at twilight, as well as the stunning interior of the Natural History Museum.

Of course, London has so much rich history and architecture, that there will be many other images to capture, with a different quality to the images I shot there years ago before I became serious about photography.

Other than our very recent Israel trip, photography has not been a high priority for me over the past few months; but knowing that London and Israel await us, and with some specific images in my mind, I am sure I will find some motivation to shoot again.

Here is a view of the magnificent architecture, mosaics and stained glass inside the Church of All Nations, which is also known as the Basilica of the Agony. 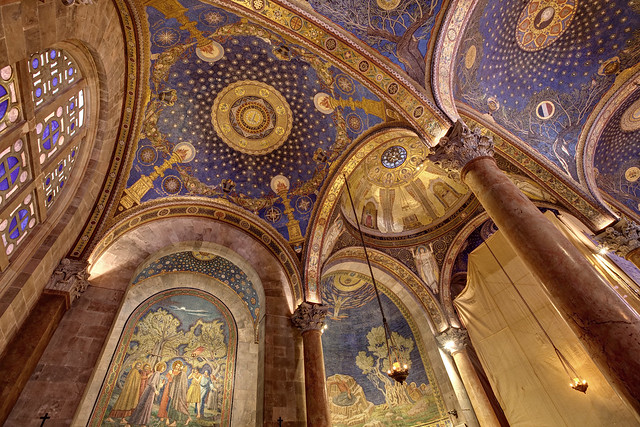 Ceiling of the Church of All Nations

This stunning basilica is located on the Mount of Olives outside the walls of the Old City of Jerusalem.

Right outside the basilica is the Garden of Gethsemane (גת שמנים).  The mosaic on the left depicts Jesus Christ and Judas Iscariot in the garden on the night he was betrayed and arrested.

Featured in this image is the magnificent ceiling and support columns of the nave of the Church of All Nations, which is also known as the Basilica of the Agony. 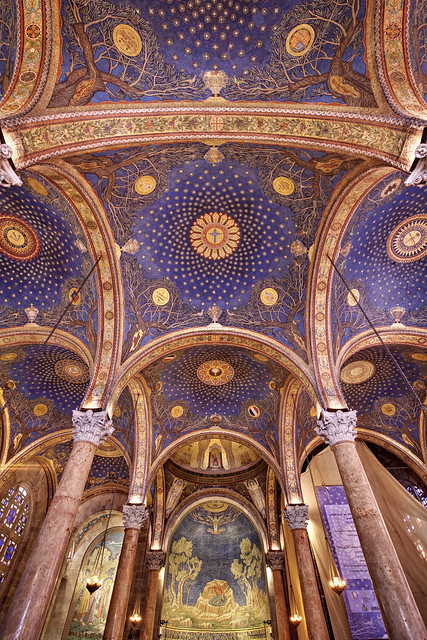 Nave of the Church of All Nations

This stunning basilica is located on the Mount of Olives outside the walls of the Old City of Jerusalem.

Right outside the basilica is the Garden of Gethsemane (גת שמנים), where Jesus was arrested.

The Cenacle, also known as the Hall of the Last Supper or the Upper Room, is the site at which Jesus held the Last Supper with his disciples in the days leading up to his arrest and crucifixion. 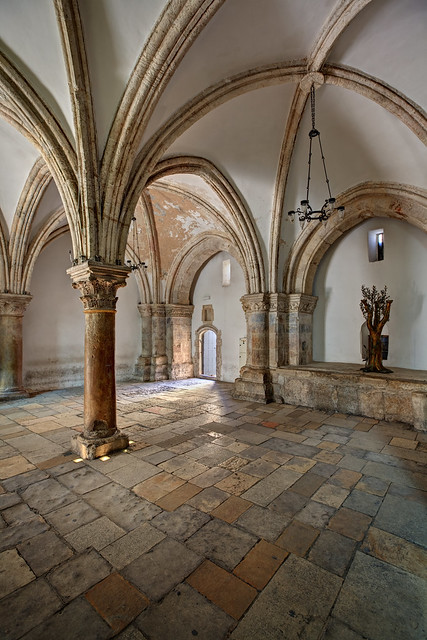 The Cenacle on Mount Zion

It is located on Mount Zion just outside the walls of the Old City of Jerusalem.

We visited the Cenacle during my second visit to the Old City of Jerusalem, where I captured this image and a few other views of the interior of the gothic structure. 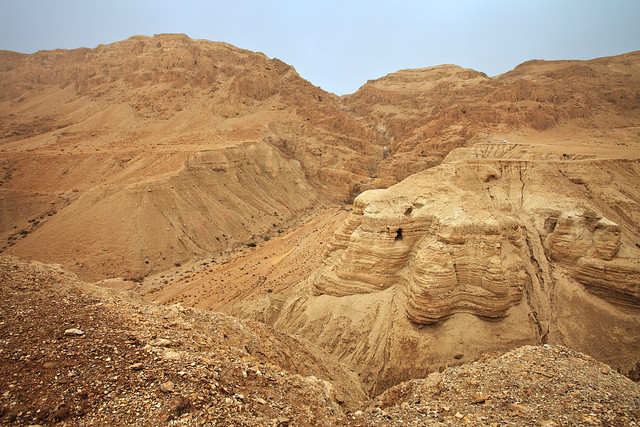 The Scrolls Cave of Qumran

Unbelievably, due to the heavy rainfall over Israel during the earlier part of our trip, there is actually a waterfall at this location, which can barely be seen cascading down the middle peak in this scene.

A photo of the Caves of Qumran just does not do any justice to the place; it really needs to be seen with one’s own eyes.

On the day we were there, some foolhardy adventurers were located at the bottom of the valley.  Their 4WD vehicles can barely be seen.  High up on the plateau to the right, a police vehicle can be seen.  The police were yelling at the people below to get out.

While this area is arid desert, it is susceptible to flash floods, and indeed, we saw flooding further south past Ein Gedi.

Given sufficient rainfall, which Israel had certainly experienced in the days before and after our visit to Qumran, flooding can happen, with water cascading down those mountains as it makes its way to the Dead Sea about a mile away.  Were there to be a flood, there would be little warning.  Adventurers have been killed at this location before.

For Israelis, seeing water at this location and the numerous other places we visited in the area, is really quite a spectacle.  The sight of floodwater is charig (abnormal in Hebrew) in Israel.

During our first visit to the Old City of Jerusalem during our January trip to Israel, we visited numerous sites significant in Christianity.

This is one of the architectural images I captured of the incredible interior. 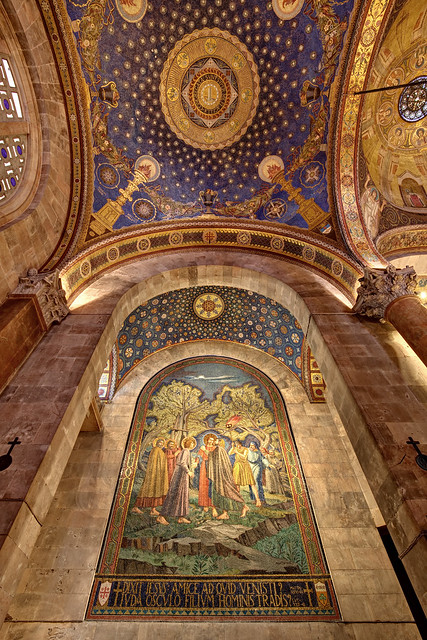 In this image is depicted a large mosaic of Jesus Christ and Judas Iscariot in the Garden of Gethsemane on the night where Jesus was praying.  It is in this small garden that Jesus was arrested.

The basilica is located right next to the Garden of Gethsemane on the Mount of Olives, where even today, there are olive trees over 800 years old.  We got to see these and walk around the garden.

Being in this church, and knowing the significance of what happened, was a surreal experience.

We spent the past two days travelling around the north of Israel, visiting the Sea of Galilee, Ramat HaGolan (Golan Heights), and Rosh HaNikra near the Israel-Lebanon border.

Yesterday we visited the Church of the Loaves and Fishes, which is located on the north-west shore of the Sea of Galilee in the area where Jesus performed the miraculous feeding of 5,000 people with a bounty of loaves and fishes.

Here is an image I captured of the interior of the church: 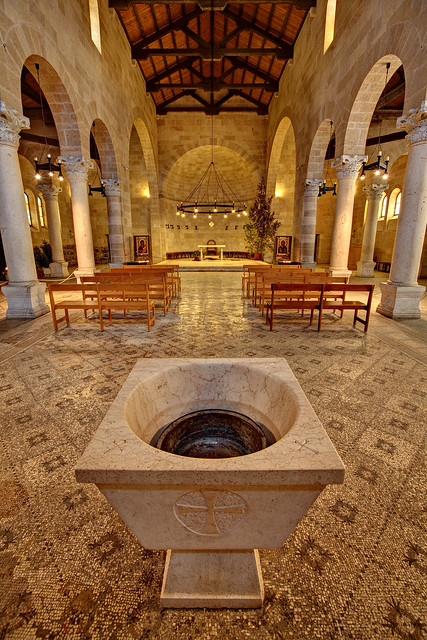 Church of the Loaves and Fishes

This modern church, which now stands where churches stood in the fourth and fifth centuries, preserves an early Christian mosaic and the traditional stone on which the miraculous meal was laid.