On our last night in Tel Aviv on this most recent trip (the second to Israel in 2013), I was determined to capture an image of Tel Aviv during the evening twilight.

We headed to Yafo earlier in the evening before golden hour, where I captured a number of images in the warm light, before waiting a while longer for blue hour.

This is the image I captured of Tel Aviv at twilight: 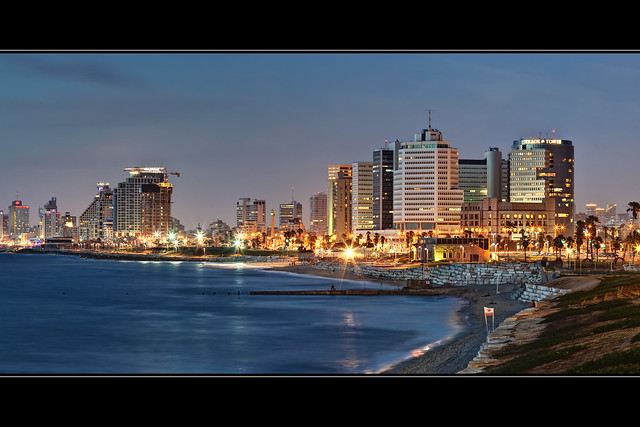 After I finished, we headed off for a walk around the old city of Yafo (Jaffa), which I had not seen before.